Unfortunately, being in Canada, I was unable to see the images that they used, except on the website . When I recently traveled to Florida, the first thing I saw was one of my images at the front desk on a March of Dimes display. It made me giggle, and of course I snapped some photos. Then my dog chewed the memory card, and I asked some photographer friends to snap photos of any March of Dimes ads or displays they saw.

My friend Ashley McNamara took this one when she was out a few weeks ago in San Diego: 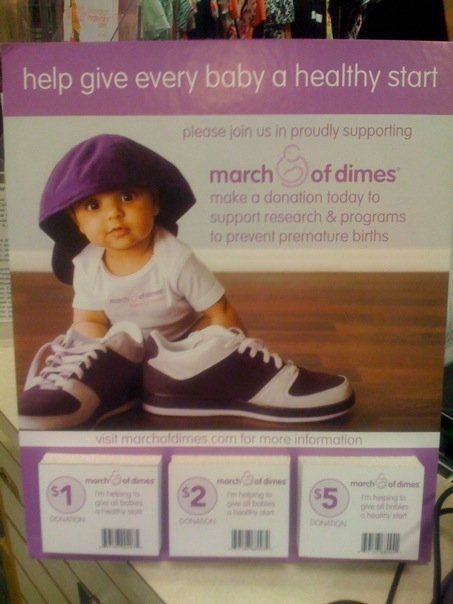 Then the wonderful Jennifer Wilson emailed me these shots she snapped one day: 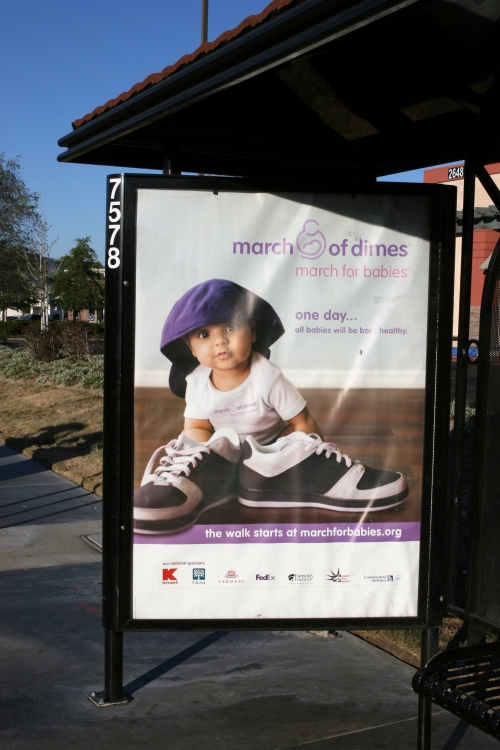 Another photographer let me know that she saw the ad in People magazine, and while I didn’t see it, I did come across it in the latest issue of Fit Pregnancy:

It was such a fun shoot to do, for such a worthy cause. It’s exciting to know that my photography may have helped someone get involved in something so worthwhile.