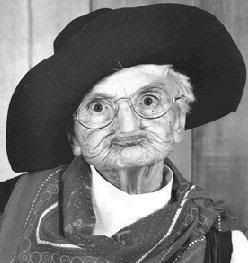 When you are pregnant, your body releases a hormone called Relaxin. A brilliant little hormone, it makes your ligaments all loosey goosey for the baby to get the heck out of there.

What can happen however, is that the hormone loosens everything up so well, that your pelvis gets out of whack. Which has happened to me, unfortunately.

Back when I was pregnant I had some pelvic pain and numbness but being older I just thought it was normal. It wasn’t until after giving birth to Max that I realized that something was wrong. I could barely walk – I needed to grab onto furniture to get around the house. Getting up and down stairs took me forever, and forget about sleeping! The pain was excruciating some nights, leaving me literally crying and waking up from the pain.

After a month of this not getting better, we visited my doctor who told me what it was and that I just had to wait it out. More crying, because honestly – life was kind of sucking. A brand new baby, no sleep, and then pain when I tried to sleep? I was desperate for a fix. He said we could try physiotherapy to see if that helped.

Josh bought me an SI brace (sacroiliac brace) that helped keep my pelvis from shifting all around while I walked. It helped me not have to rely on holding onto furniture anymore, and I could even stand up from the couch without help! But although the brace helped with so much, it didn’t fix things any further than that and the pain at night was still terrible.

So last week was my first visit to the physiotherapist. We are going on a weekend trip to Las Vegas next month for my birthday, and realized that I can’t even walk a block without feeling like I overdid it. How on earth would I do Vegas?

So far I have had two appointments and I am already walking better and having less pain at night! I’m actually excited to have more appointments and kick this pain to the curb once and for all!
We’ve been doing some various exercises (some not so easy) and she’s been using therapeutic ultrasound on my pelvis – front, back and side. I have an exercise to do at home, and I ice, ice, ice everything.

I’m feeling much more optimistic about it all – so if you have ANY symptoms of pelvic pain during or after pregnancy, I would highly recommend seeing a physio/physical therapist. It can make all the difference in your well-being!