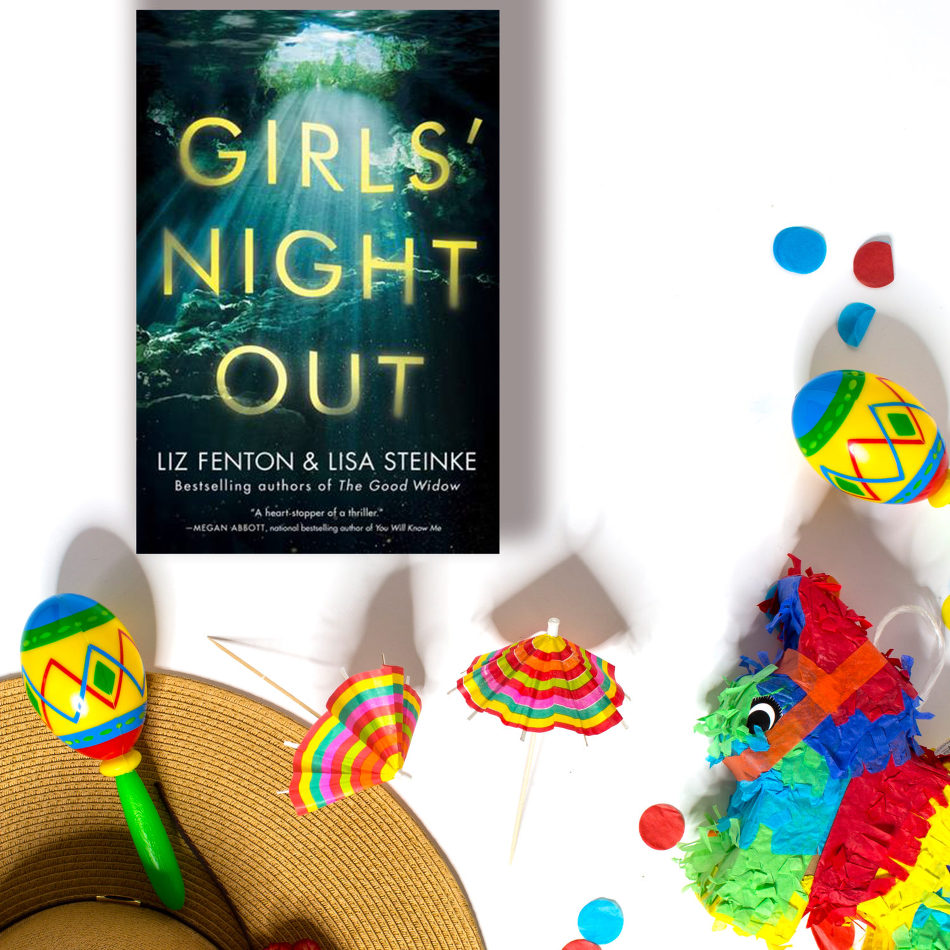 Girls’ Night Out by Liz Fenton and Lisa Steinke was a solid psychological thriller, well-paced and interesting. I found the main characters mostly unlikeable – it was as if the authors’ could only see their bad sides. There was a lot of immaturity and selfishness between the three main characters, and personally I didn’t care all that much what happened to any of them. The location of Tulum was well described and the story was fairly plausible. This would make a good beach read for anyone who likes thrillers. 3 out of 5 stars, this book took me 4.5 hours to read. I was given this advance reader’s copy from Netgalley and Lake Union Publishing for my honest review.

For estranged friends Ashley, Natalie, and Lauren, it’s time to heal the old wounds between them. Where better to repair those severed ties than on a girls’ getaway to the beautiful paradise of Tulum, Mexico? But even after they’re reunited, no one is being completely honest about the past or the secrets they’re hiding. When Ashley disappears on their girls’ night out, Natalie and Lauren have to try to piece together their hazy memories to figure out what could have happened to her, while also reconciling their feelings of guilt over their last moments together.

Was Ashley with the man she’d met only days before? Did she pack up and leave? Was she kidnapped? Or worse—could Natalie or Lauren have snapped under the weight of her own lies?

As the clock ticks, hour by hour, Natalie and Lauren’s search rushes headlong into growing suspicion and dread. Maybe their secrets run deeper and more dangerous than one of them is willing—or too afraid—to admit.