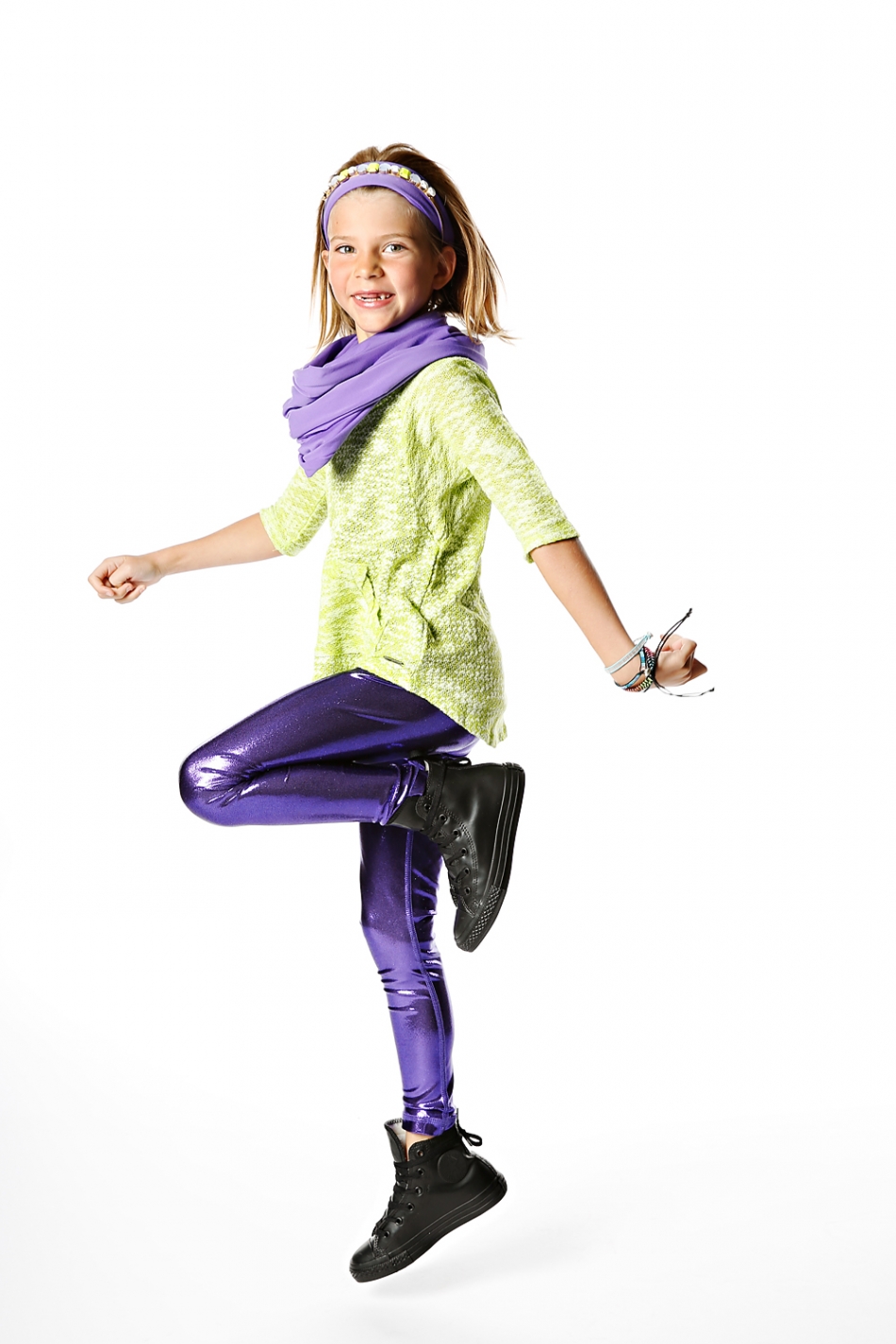 Back in September, I randomly entered both girls to be “Flip Girls” for Triple Flip. The winners would get to model outfits at Market Mall and have a photo shoot, and the images get used for display in the store and/or website/marketing materials. They don’t ask for photos – they truly are using real girls who love the store.

A ton of girls entered and we were shocked when I got the email that Charlotte was one of the 24 winners! She was absolutely THRILLED! It was then I started googling to see what the photo shoots were like and what other winners thought about being Flip Girls. I couldn’t find a single account or blog post where someone talked about the experience, so I vowed to blog about it.

We found out 5 days before the shoot that we’d been selected, it was a good thing that we didn’t have plans! We were in the first group of models so we got to the store at 9:30am. Charlotte was then taken around the store and could literally choose any outfits she liked. Char is super shy with people she doesn’t know though, so was really quiet and they ended up selecting things for her. Then she would go in the fitting room and come out with different outfits on. It was like a chick flick movie montage. They asked after every outfit if she liked it and she always said yes, but I could tell she was just being polite. They had her in some sporty numbers and that style is more Emma than Charlotte. I talked to Char and she admitted she didn’t LOVE them, so they took her around the store again – this time she chose some crazy shiny purple leggings and an acid green sweater, and you could tell by her expression that THIS was her style. 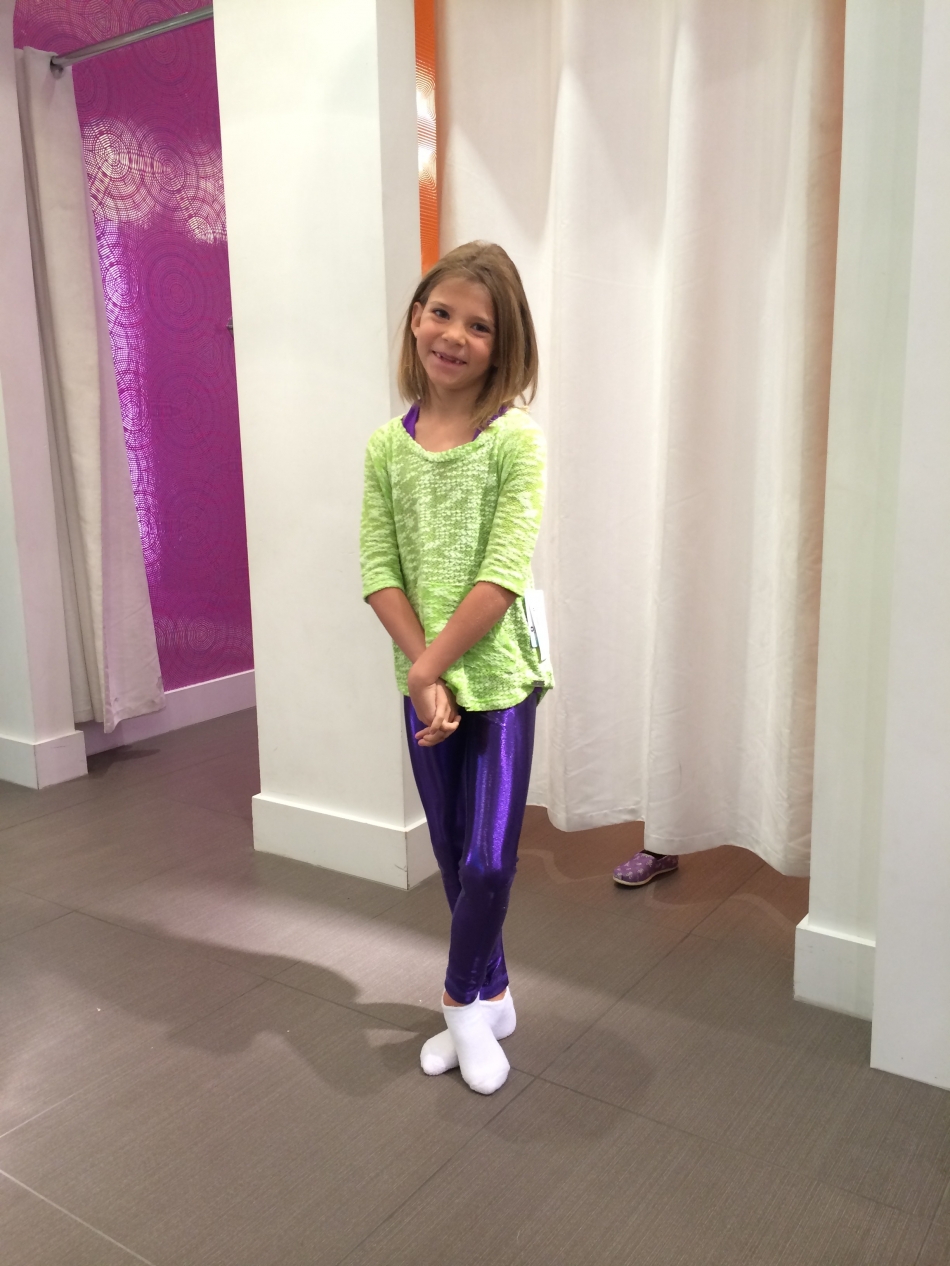 Once the outfit was chosen, she was accessorized. Headband, bracelets and some awesome rubber high top Converse. Then she was interviewed about herself – she truly felt like a superstar! Once the interview was over, she headed to hair and makeup, where she had an amazing time – she is a total girly girl. 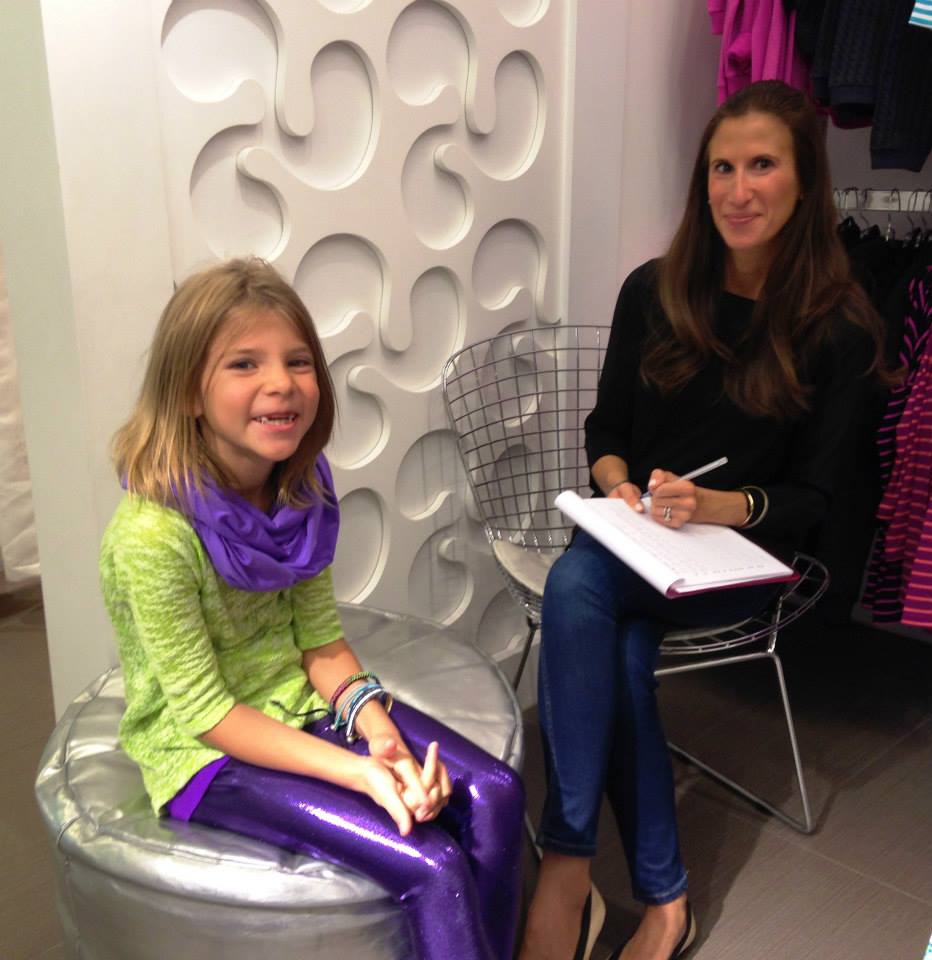 The photo shoot was about 15 minutes long and she had so much fun! There was a photographer and someone there to help with thinking of poses. The photographer was another local photographer that I know: Dana Pugh so that was fun that I was able to talk to her!

After the shoot was over we were escorted back to the store (the shoot was in the middle of the mall – but the mall wasn’t open yet when Char had her photos taken, so there was not much of an audience) and she returned the clothes – they save all the tags to reattach to the outfits. This is my only negative about the whole experience. Each Flip girl was given a bottle of water, a 15% off coupon and a free headband for participating. But I dare you to tell your 7 year old that just fell in love with the outfit she felt like a rockstar in that she can’t have it. So we bought the entire thing with the exception of the bracelets. And it was almost $300. $300 X 24 girls is $7200. Not a bad profit considering you are also getting free modelling and free promotion from parents and kids so excited to participate.

If I had known Char wouldn’t get to keep her outfit, we still would have participated. We shop at Triple Flip so I know their prices, and I’ve paid them many times before. I think their marketing is brilliant! Will I enter Charlotte again? Nope. Will I enter Emma? Yup. I just honestly wish someone had told us before it all started so I came prepared, and more importantly CHARLOTTE came prepared. Because she had no clue that she didn’t get to keep the outfit.

A few weeks after the experience – we started seeing images of Charlotte pop up on social media. First on Triple Flip’s Facebook page, then on their website! This was truly amazing to her – she couldn’t believe she was on their website! Last week we went into the store and there was her photo up on the wall! They want her to come in and sign it now – she can’t wait! We paid $30 for a USB drive at the shoot, and that was ready for pickup too – about two months after, not too long of a wait. The images are so much fun and we are definitely going to print some for her room.

All in all, it was such a fun and special experience. The staff of Triple Flip made every girl feel amazing, and really went above and beyond to make the day something the Flip Girls would never forget.